However, with International Women’s Week in the past, but the messages from the panellists still current and crucial, it seemed all too important to take a deeper dive into the event’s takeaways and factors that female founders face.

The Monday evening panel discussion, moderated by Nick Quain, touched on topics from the entrepreneurial atmosphere for women today to the development of available resources and programs. One by one, panellists shared their experiences as entrepreneurs and how it’s changed for them over the years.

“If I look back, in 1991 there was no entrepreneurial ecosystem for a young woman Co-Founder, it didn’t exist,” reflected Janice McDonald, Founder and CEO of The Beacon Agency. “What’s exciting to me, when I think about how far we’ve come, is the tremendous resources that are available.”

Among the countless endeavours McDonald’s taken on to further the success of entrepreneurial women today, she sits on the Board of Directors for Futurpreneur Canada.  A business devoted to supporting young Canadians through every step of the entrepreneurial process, Futurpreneur Canada boasts an impressive portfolio. According to the website’s most recent statistic, 42 percent of the businesses the organization supports are ‘projected to be majority-owned by women’.

The panel did bring up that, while some sectors have developed over time, there are still areas requiring change – and fast. Jennifer Francis, Chair of the Capital Angel Network with more than 30 years of experience in the tech industry, remarked how some of the numbers in the field just aren’t adding up.

“The workforce has to be a little more welcoming, I think, to different types of people,” said Francis. “If you look at tech, you’ll actually find that the numbers in the various sectors are worse than the numbers in the universities – that speaks to the bias and the welcoming [or lack thereof] within tech companies that we have to work on.”

Exploring this from a global lens is the International Telecommunications Union (ITU), whose narrowed focus is on the information and communication technologies sector. In their 2019 EQUALS Research Report, Taking Stock: Data and Evidence on Gender Equality in Digital Access, Skills, and Leadership, the ITU concludes, “although gains have been made over the years, women’s representation is low across different dimensions… Women are less likely to become ICT entrepreneurs; they generally lack training in business startups and have very little access to venture capital. Most seriously, they have a very low rate of representation in science and technology policymaking.” (p. 107) Although admittedly the data is limited when attempting to draw a global assessment of the status of women in ICT, the report shares important and telling data, including staggering statistics on women in entrepreneurship and women’s access to venture capital. One report cited that just over 15% of companies have a woman as a member of their executive team, while another cited that only 2.7% of companies had a woman CEO that received only 3% of total VC investments (p. 103). To learn more about gender equality in digital access, skills and leadership, check out the United Nations University’s full report here.

To combat such issues locally, Francis touched on her involvement with the global initiative Technovation. Running around the world in 100 different countries, Technovation is a technology program for girls, created to encourage and inspire female involvement in technological entrepreneurship at a young age. With 195 enrolled in the Ottawa program this year alone, and 1300 across Canada, Technovation has been making its mark in one of the most underrepresented sectors.

In line with programs like Technovation, McDonald brought to light a few other incredible resources women now have at their disposal today: the first, Female Funders as a training program for women who want to invest and the second being The Forum for Women Entrepreneurs. For an entrepreneur THE concern is always access to capital ($$$) and access to capital remains a major barrier for women looking to launch, grow, and scale a business. According to the Female Funders website, venture firms are twice as likely to invest in women-led startups if they have at least one female partner on their team. Although we’ve made strides (and according to the most recent Female Funders and Hockeystick report, appear comparably better than our southern counterparts who maintain only 7% women partners at top venture capitalist firms), just 14% of partners at Canadian VC funds are women – this is not good enough. Increasing the number of women-identifying entrepreneurs and women-identifying funders is essential to driving change: organizations like these are key players in the game.

“What’s interesting is the new entrepreneurs…are doing this for the first time, so we kind of have no idea what we’re doing, which I think doesn’t always go away,” said Alida Burke, Co-Founder and COO of The Growcer. “Finding those resources and knowing where to go can be kind of tricky. What’s beneficial in Ottawa is that there are a lot of those different resources that are made available to us.”

As McDonald noted, along with tools and programs, one of the most valuable resources that have emerged since the 1990s has been the fostering of a supportive community. 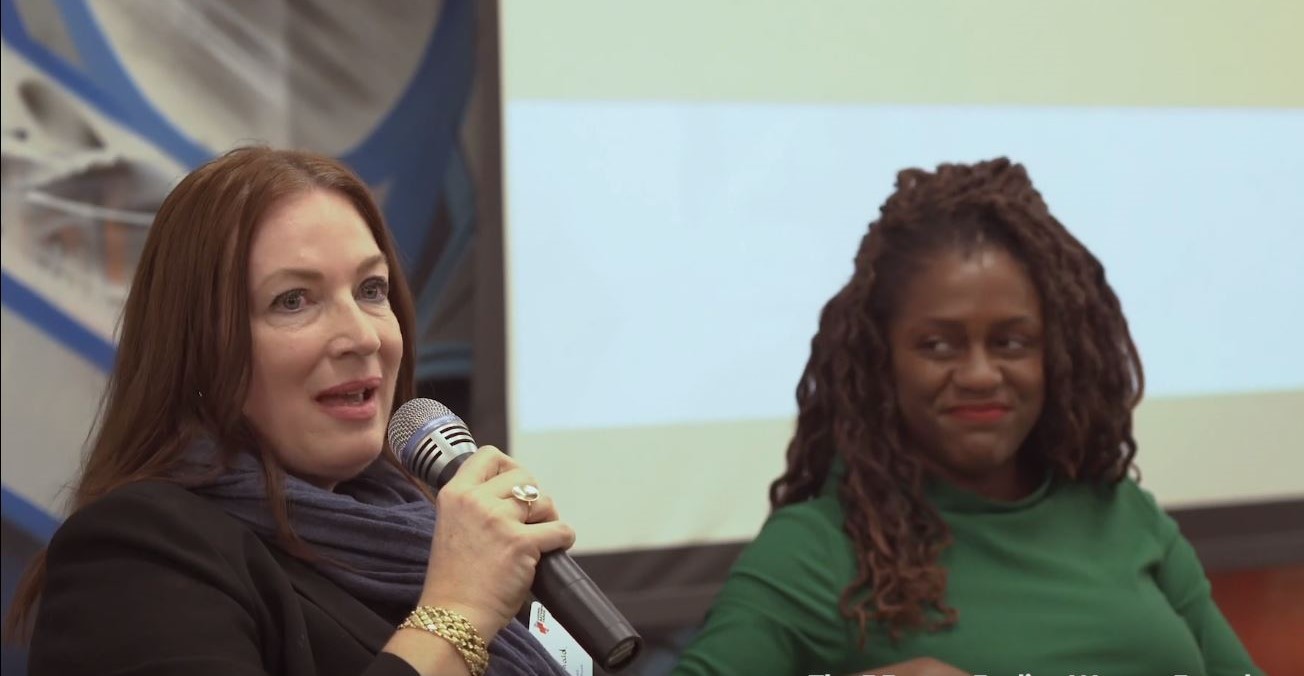 “Things have really changed here [at Bayview Yards], this is exciting for women entrepreneurs to have a place to come and hangout,” stated McDonald. “I didn’t have it, but we have it now and this is really powerful when we gather.”

As the “F Factor: Fueling Women Funders” came to an end, Giovanna Mingarelli, CEO and Co-Founder of M&C Consulting and MC2, took the opportunity during the Q&A to recognize how the overall tone today has changed in light of the 2015 election and cabinet comprised of 50 percent women. “That played a huge role culturally in Canada in creating a standard or a precedent…this has trickled down into boards.”

While the night dealt with some of the biggest challenges women currently face in entrepreneurship and business, the overall message was one of optimism: things are changing, especially here in Canada. The work will never be over, but the bar has most definitely been set.

A Lesson for Covid-19? How the Dot-com Bubble Burst Saved My Startup