Audition-based TV shows have dominated networks over the last 10 years: X-Factor, The Voice, America’s Got Talent, Dancing with the Stars, American Idol (R.I.P)…the list goes on and on. These shows gave us Carrie Underwood, One Direction and even William Hung (from his tone-deaf rendition of “She Bangs”) and thus began a new era of couch counseling – a term I just made up! While it’s easy to offer sage advice from the safety of your own living room, putting yourself in the performers’ shoes can prove to be much harder. Especially when so much is on the line.

This is the case for most of the entrepreneurs who set foot into the Dragons’ Den. Some have gone through extreme efforts to scale their business or product, and most have bootstrapped the majority of their costs. After pitching to five potential investors, the entrepreneurs must prepare themselves to negotiate, accept one or multiple offers, or hear the dreaded response “I’m out.”

Four Invest Ottawa clients have faced the dragons and lived to share their stories – and now one more will get to do the same!

Rumidifier is an eco-friendly green humidifier that uses green technology, works without electricity and has zero operating costs. The founder, Jeri Rodrigs, pitched to the investors and asked for $200,000 for 20% of his company. The episode is scheduled to air on Wednesday, October 19th at 8pm on CBC. In the meantime, check out the sneak peek for Wednesday’s episode and see how other IO clients have fared below: 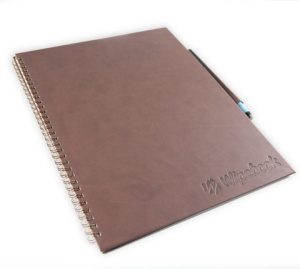 About: Wipebook is a combination of a notebook and a whiteboard in one. Users have the ability to easily correct mistakes and open bindings to save individual sheets. Wipebooks come in blank pages, grids, and white lines for various uses. Wipebook founders crowd funded over $400,000 in just 30 days, and their sales reached $530,000 in only 4 months.

Outcome: Arlene Dickinson felt it solved a problem in the market and accepted their proposed deal of $300,000 for 25% of the company. Watch Wipebook’s episode here. About: The Sun Reflector Kit is a temporary window foil that helps reflect and block 90% of radiant heat. It is an inexpensive solution for keeping a home or cottage cooler in the warmer seasons.Cate traveled to Toronto for the filming of Dragons’ Den – although none of the 45 minute pitch made it to air, Cate didn’t leave empty handed.

Outcome: Two offers were made, one with Jim Treliving (which she accepted at the time) and one with David Chilton. The exposure from the pending show landed her a deal with re-seller Giant Tiger and additional orders from Home Hardware. About: Remay is a shave gel bar. Made from coconut oil and tea tree oil, Remay helps prevent bumps, nicks, and razor burn. About: Bôhten is designer eyewear handmade from reclaimed material sourced from West Africa.

Outcome: No deals were offered.

We caught up with Nana following the airing of his episode in 2014 to ask about his experience and lessons learned. Fast-forward to 2015, Nana hired eight full-time employees, had a pop-up shop in Montreal, and was on track to see sales as high as $350,000. His eyeglasses have also appeared in high-end magazine websites such as Vogue and Elle Canada. Bôhten Eyeglasses launched a partnership venture with Mackenzie Design called; Bôhten Manufacturing and has plans to open a new factory in Ghana in 2017. Watch Bothen’s episode here.

So grab your couch panelists (or as you call them, friends) and get ready for Jeri’s pitch on Wednesday, October 19th, at 8pm on CBC.

Could your venture be the next big thing to win over the dragons? Let us work with you to help accelerate your business by filling out this simple form.

IDS Group Embraces All That Ottawa Has to Offer