When you hear the pitch, it almost seems too easy; “Is no one doing that?” you think to yourself.

It’s founders hadn’t even taken  the training wheels off their app when FOKO landed one of North America’s most successful grocery retailers, Whole Foods, as a client.  Within 90 days, 1,000 employees in twelve regions were using it; today it`s three thousand and still growing. 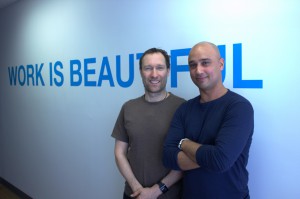 FOKO has already raised a few million in seed money, has secured some heavy-weight investors and just launched its newest version, after completely rebuilding its platform from the ground up in mere weeks.  CEO Marc Gingras covered lots of ground with IO, including his thoughts on the what FOKO offers that Slack doesn’t  and why geography is irrelevant when trying to grow a start-up:

IO: You have been crowned “Instagram for Business”. Do you agree with that?

It’s not necessarily wrong, but we are much more than that. We are also about building a culture and helping teams communicate. That analogy helps people understand it really quickly, but we are about sharing visual content across a company privately.

What did you first think of FOKO when you were first approached to join?

Even with the basic concept and prototype, I saw the value in it. I researched for weeks, calling people I knew in Silicon Valley, to find something similar and couldn’t.  When you speak to other start-ups and they find it intriguing and believes it warrants a test of the market…that’s when you get involved.

How did the relationship with Whole Foods evolve?

Employees were using Instagram to share work related photos and HQ didn’t like that. That information is private and employees were diluting the brand messaging.  Today, Whole Foods has over 3000 people using it daily.

Can you give an example of how the retailer incorporates FOKO?

Let’s say they introduce a new organic cookie, employees can take a picture of the merchandising display and share it with all the other stores to say “This is how I do it”. Another store can then respond with, “That’s pretty cool and but I display the cookie next to x-product and people are buying both products together”. So we create a visual conversation around displays and advertising.

What have you learned about your company through that relationship?

The evolution of FOKO has come from it. For example, on Instagram, you follow people, say a celebrity or a politician. In a company, people care about tracking a subject. If I’m interested in bakers or marketing or some aspect of operations, I can follow the topic or hashtag. So in our next release, we are actually deprecating the ability to follow people and changing it to following hashtags.

As a start-up with such an influential client, how do you accommodate their needs while staying true to your value proposition?

Outside of retail, what other sectors do you see using FOKO?

Actually,  70% of our customers are outside retail. Organizations are now putting more value on employee engagement. People want instant information. That’s where photo sharing comes in. Take a photo with your smartphone and it’s shared with people across the world, who may not even speak the same language and they get to see what you are working on, what keeps you excited, a town hall, a Christmas party, etc.

With the rise of Slack, do you see them as competitors in your space or is their success an advantage for you?

We learn a lot from them. In the messaging space, Slack lets SME teams say “Hey, I’m working on this, did you submit the code for this, did you edit that?” It’s a sea of information. However, if you leave Slack for a few days, there’s an influx of messaging that too much to assimilate. I can’t grab the key things I need to understand.

FOKO helps identify key messages really quickly. Let’s say in a company of 6000 people there is maybe 300 photos shared a day. It takes about 15 minutes to go through all these photos and you instantly know what happened. 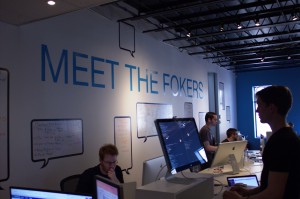 Has it been difficult to grow with your HQ in Gatineau? There seems to be a divide now in the start-up community – some say geography doesn’t matter anymore and some that say it still does. What camp do you fall into?

It doesn’t matter; at all. What does matter is who you surround your company with. If you look at the Angel Investors of FOKO, we have former executives from LinkedIN, a VP from Apple., we have ex-founders and CTO’s of local companies that went public. So we have surrounded ourselves with people that have been there, done that, that can help us grow.

That leads to another question – the narrative that it’s difficult to raise money in Ottawa.


Read more about Ottawa’s ecosystem and startups here
Think your biz is worthy of the spotlight? Give us a shout here

Preparing a Trademark Strategy : The 5 Things Every Startup Has to Consider